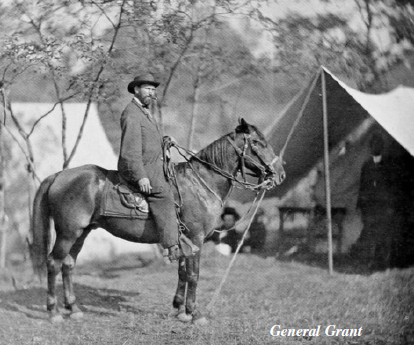 I have oodles of friends and neighbors who have horses. I always “borrowed” one when I rode in the annual Pony Express Re-Ride. Personally, I’m holding out for a cute Ass. Hey…I’m talking about a BLM rescue donkey! However, I do get plenty of chances to talk with my friends  about how they care for their equine pets, so I can’t help but reflect on a time when everyone was dependent upon these animals for more than companionship, a pleasant trail ride or even ranch work with cattle. Where do I begin? Well, it’s my article so I’ll begin with an era that is most interesting to me; The American Civil War. Until I intentionally researched this period in our history with regards to military horses, I had no idea of the amount of equines that served on either side of the conflict.

When I refer to equines, I’m not only speaking of the military mounts of the officers, or the cavalry mounts. Millions of horses and mules served in various capacities, and served honorably they did. They carried soldiers into battle, pulled artillery, cannon and supply wagons, and were confiscated to be beasts of burden. On the Union side alone, there were as many as one million cavalry, artillery, draft and pack horses, and mules.

In times of peace for the South, horses were known as signs of elite power, whereas in the North, they were more utilitarian, bred to work, not to race. However, once at war, I find one military strategy astonishing yet understandable, when I learned more about battle tactics. The soldiers on both sides of the conflict would intentionally aim to shoot the horses beneath the mounted soldiers without necessarily aiming for the soldiers themselves. Soldiers preferred to shoot and kill horses rather than enemy combatants. Because without horses, artillery became passive objects of heavy metal, and without mounts the swift cavalryman was reduced to a plodding foot soldier now powerless to rapidly scout, locate and strike the enemy and its supplies. Take away the horse, and the army was stripped of two of its three major components, cavalry and artillery, leaving only disadvantaged infantrymen to carry the brunt.

The horses that did manage to War Horse continued survive being shot from beneath a cavalry mount, whereas General George Armstrong Custer alone survived no less than 11 mounts shot from 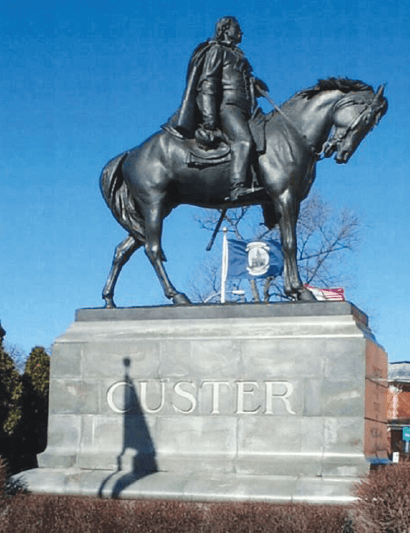 beneath him during the Civil War conflict, eqine veterinary care was in its total infancy. During the early stages of the Civil War, the Union Army’s refusal to invest in veterinarians proved  continuously detrimental to the health of its animals. As the war progressed, conditions slowly improved. In 1863, the United States War Department ordered that each cavalry regiment have a “Veterinary Surgeon.” Unfortunately, not many “Veterinary Surgeons” applied or were hired, and disease and other illnesses went without proper treatment. Animals played important roles in the Civil War for a variety of reasons. Horses, mules, and oxen were used for transportation. They pulled supply wagons, ambulances, artillery pieces, and anything else that needed to be moved.  officers directed battle from horseback, messengers on horses made communication more efficient, and cavalrymen lived and fought in the saddle. Acquiring, feeding, and caring for these animals was a massive, but necessary undertaking. The men often developed close bonds to particular horses and mules and were devastated when they were killed. On a lighter note, many military mounts made a name for themselves on their own and/or by association with their often more famous military leaders who owned them. On one or more occasion, Morgan horses seemed to be the prime mount for most military officers…from either side of the conflict. Interestingly, Morgans were one of the four primary horses sought out and purchased to start up the Pony Express in 1860.

Many of the war dignitaries were known by and for their personal mounts. And surprisingly, many of their mounts were Morgans, but not all. Stonewall Jackson had his famous “Little Sorrel”  When he was shot and mortally wounded in 1863, yet the horse survived. General Philip Sheridan was known for “Rienzi” for which he raided Rienzi, Mississippi. There was General Grant’s famous horse “Cincinnati” and then Robert E. Lee’s horse “Traveler”.

Let’s not forget how important Mules were to the armies of both the North and the South. Mules powered C&O Canal boats. Teams of four animals, two pulling while two rested in the boat mule barn, pulled the boats laden with up to 130 tons of coal or other cargo. During the Maryland Campaign the Union Army used over 10,000 mules to help transport their supplies. During the war, canal workers feared their mules may be confiscated by troops or raiders, leaving the canal boats without their source of power. Their fears were too often fulfilled.

The entire number of human casualties at the battle of Gettysburg alone, in July of 1863 was over 7,000, but the total number of equine casualties was around 1,500. For the entire conflict from 1861 to 1865, it is estimated that over one million equines perished. It is no small thing that most American Civil War monuments feature a rider and his horse for all of the reasons I’ve mentioned. Regardless of how you feel about General George Armstrong Custer, it is significant to understand the statue erected in his hometown of Monroe, Michigan in 1910, honoring his heroic service during the American Civil  War. 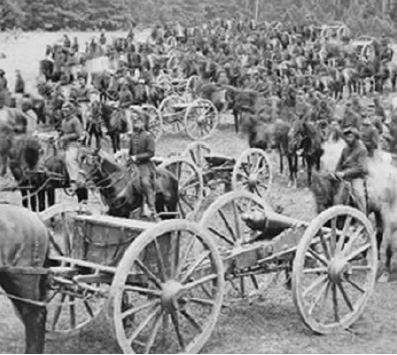 It was especially designed by Edward C. Potter, who understood how a cavalry horse should look specifically and also in the pose the General’s wife Libbie requested. The monument is named “Siting the Enemy” General Grant because of how the horse is depicted in it’s pose with the General mounted on top. When you visit a Civil War Monument, wherever you may be, and if it is a statue that features a rider and horse, take an extra moment to reflect on the fact that the monument not only acknowledges that rider, but the horse as well. For if not for the equine what would
any war be?

If you enjoyed this article, then please look forward to the next: “War Horse: Horses in the War to End All Wars”. Until next time. 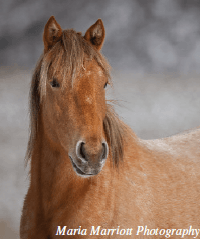 Temperatures are rising, we are sweltering and our wild horses look thirsty. We all love them, love seeing them and want to make them happy and comfortable. Please find the self-control to resist the temptation to put out water for wild horses at your home or business. We know you love them…. we know you care. But I promise you will destroy the very thing you love if you provide them with feed or water. If you have a home, you get there by a street and if you have a street, you most likely have neighbors. Streets are a dangerous place for wild horses and your neighbors may not share your love of seeing wild horses up close and personal. Wild horses in residential areas are a risk to children, personal property and cause dogs to bark.

One of the things that make wild horses look different from the majority of their domestic cousins is their condition, they are glowing with fitness and firm muscles. They look this way because they walk an average of 15 miles every single day.

Don’t feel bad because they don’t have water within a mile or two of where you see them. Wild horses have been surviving in the Nevada desert for as long as we can remember. They know all the little secret springs and water sources. Meeting other wild horses at these locations is an essential part of life in the wild. Young fillies meet stallions at the watering hole. Young stallions learn the rules and customs of the range and get introduced to other stallions who they later will join in the bachelor band. This is the equivalent of sending human sons off to college. There is a culture at the watering hole and we need to not interfere with their lives or make your back yard that wild horses gathering place.

I am not sure why it is so difficult for some people to leave the wild horses on their own. We fight hard to keep them in the wild and then we watch some people try to pamper them like pets. Many try to give them an apple or a carrot. They reach out and pet them, turning the beautiful animals into beggars. Wild horse advocates around the Reno, Dayton, Silver Springs, Fernley, Gardnerville and Minden area fight tirelessly both politically and physically to keep the wild horses in the wild. While most believe the government is our biggest problem, it is the people who love them the most that cause us a huge amount of work, as we try to educate people who want to argue and let us know they have a “special connection” with the local wild horses.

American’s have been protecting wildlife and wild horses for decades. But there is something just a little different about the wild horse from other animals. Perhaps because the horses have been so important to people for as long as we remember, we feel drawn to them with a special connection. At one time nearly everyone owned a horse for travel. They carried our soldiers, pulled our wagons and ore carts and were many young girls best friends growing up, certainly mine. But somehow when we feel connected to these wild horses we want them to know we are a friend. So we step forward and reach out to befriend them.

So as we step into the warm weather we remind you that when wild horses get comfortable around humans and homes, streets and traffic… they get hit by vehicles, they get complaints from people who don’t want to clean up after them or fear for their pets and children. One complaint call can result in wild or feral horses being removed. With over 50,000 wild horses currently being held by BLM they have very little chance of being adopted and a chance they will end up at a slaughter house in Mexico. We remind you once again to please resist the temptation to leave out water for wild horses.